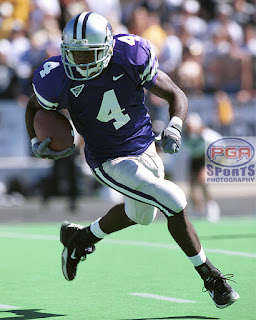 Cornerback Terence Newman was drafted in the first round, number five overall, by the Dallas Cowboys.  Newman is the second highest K-State draft pick in history behind only Veryl Switzer, who was drafted as the number four overall pick in 1954.  Newman has played 15 years in the NFL and just signed a one year contract with the Minnesota Vikings. Newman says this will be his last season in the league.  Newman was selected to the Pro Bowl in 2007 and 2009.  He has played in 221 games in his career, starting 205 of them.  His career stats, according to Pro Football Reference, are below: 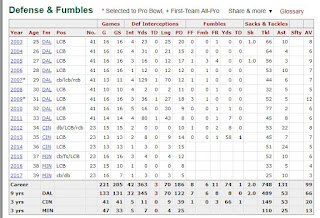 Newman is about to enter his 16th season in the league, which is an outstanding accomplishment for a defensive back.

Linebacker Terry Pierce was drafted in the 2nd round, number 51 overall, by the Denver Broncos.  He played two years for the Broncos, seeing action in 18 games.  His NFL stats are below:

Terry is currently the VP of Sales for CreativeOne in Leawood, KS. 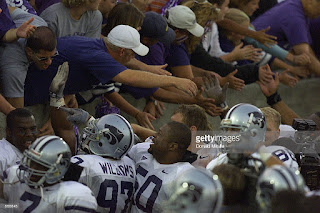 Defensive End Melvin Williams was drafted in the 5th round, number 155 overall, by the New Orleans Saints.  Melvin played two years in the league for the Saints and the San Francisco 49ers.  He played in 17 games, starting two.  His NFL stats are below: 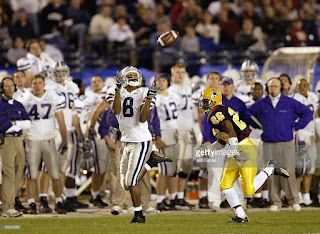 Wide receiver Taco Wallace was drafted in the 7th round, number 224 overall, by the Seattle Seahawks.  He played three years in the NFL for the Seahawks and Green Bay Packers.  He played in four games in his career and did not record any stats.  Here’s a little blurb I found about Taco Wallace online.