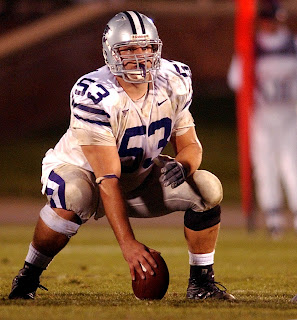 Center Nick Leckey was drafted in the 6th round, number 167 overall, by the Arizona Cardinals.  He played six seasons in the NFL for the Cardinals, St. Louis Rams and New Orleans Saints.  He played in 65 games in his career, starting 32 of them.  He won a Super Bowl ring with the Saints in 2010.  His NFL stats are below:

Here’s a little blurb about Leckey from K-State’s website, which talks about how he went back to school after his NFL career to get his degree.  Nick is currently in sales for Boston Scientific in the Kansas City area. 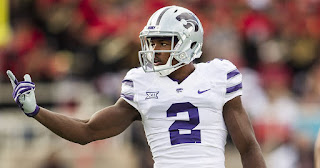 Defensive back Rashad Washington was drafted 7th round, number 236 overall, by the New York Jets.  He played four seasons for the Jets, playing in 47 games.  His career stats are below:

After being released by the Jets, Rashad played a few seasons in the arena league, eventually becoming an assistant coach for the Texas Revolution in 2016.  He is currently the defensive coordinator/associate head coach of the Omaha Beef of the arena league.