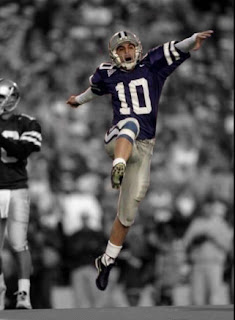 The 1999 NFL Draft was the 6th year of K-State’s draft streak.  K-State had six players selected in the 1999 draft, the most K-State players ever selected in a seven round draft.  This draft class was comprised of Martin Gramatica, Jeff Kelly, Ryan Young, Michael Bishop, Justin Swift and Darnell McDonald.

Martin now owns a construction company with his two brothers, which was initially started as a charity to help victims of Hurricane Katrina.

Linebacker Jeff Kelly was drafted in the 6th round of the 1999 NFL draft, number 198 overall, by the Atlanta Falcons.  He played four years for the Falcons, playing in 29 games and starting seven of them.  His best year was 2000, when he played in 12 games, starting six, and registering 18 tackles.  His stats according to Pro Football Reference are below:

Jeff is currently the defensive coordinator at Fort Scott Community College.  I found an interesting article online by Jeremy Crabtree about the recruitment of Jeff Kelly.  Jeff had committed to K-State, but on the way home from that recruiting trip he decided to visit Oklahoma as well and committed to them on that visit.  He enrolled at Northeastern Oklahoma that spring to be closer to Norman and didn’t tell the K-State coaches about it.  Brent Venables and Mo Latimore tracked him down and went to his apartment in Oklahoma and got him to change his mind to come back to K-State! 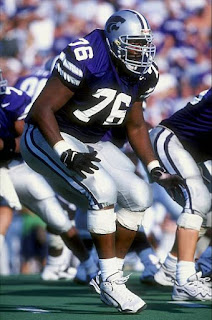 Offensive tackle Ryan Young was drafted in the 7th round of the 1999 NFL draft, number 223 overall, by the New York Jets.  He played five years in the NFL, three for the Jets, one for the Houston Texans and one for the Dallas Cowboys.  He played in 67 games, starting 55 of them.  Pretty good for a 7th round pick.  His career was cut short due to a knee injury.

According to his LinkedIn profile, after retirement from the NFL, Ryan worked for ESPN Radio and Fox Sports as a sports analyst and later left the industry to pursue a career in medical sales. While working on his Masters of Practical Theology at The King’s University, Ryan was called to serve as a character coach with Fellowship of Christian Athletes. In 2017, Ryan resigned from his position with FCA and launched a company called iCoach Character. 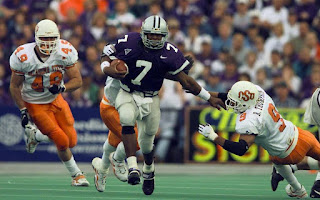 Michael Bishop was drafted in the 7th round of the 1999 NFL draft, number 227 overall, by the New England Patriots.  He was on the Patriots roster for two season, seeing action in only one game.  His NFL stats are below:

Michael found his niche in the CFL and Arena League and his Wiki page does a good job of summarizing his career.  He last played football in 2011.  He is currently CEO of a company called 4th Quarter Fitness. 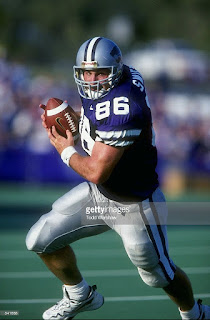 Justin Swift was drafted in the 7th round of the NFL draft, number 238 overall, by the Denver Broncos.  He played in the NFL four seasons, one for the Philadelphia Eagles and three for the San Francisco 49ers.  He played in 49 games, starting seven.  His stats according to Pro Football Reference are below:

He also was on the roster(s) of the Houston Texans in 2003, Atlanta Falcons in 2004 and Detroit Lions in 2005 but did not see the field during those years.  According to his LinkedIn profile, he currently works and lives in the Sacramento, CA area. 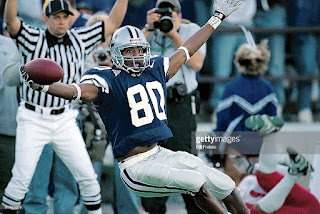 Darnell McDonald was drafted in the 7th round of the 1999 NFL draft, number 240 overall, by the Tampa Bay Buccaneers.  He played one season for the Buccaneers, playing in eight games with nine receptions for 96 yards.  His stats according to Pro Football Reference are below:

He was cut after one season with the Buccaneers because he was in trouble with the law and apparently wasn’t going to make the team anyway.  Following his one season in the league, he spent some time in the CFL and Arena League. Darnell currently lives in Lorton, VA.