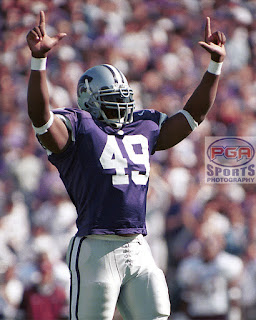 Defensive End Darren Howard was drafted in the 2nd round, number 33 overall, by the New Orleans Saints.  He had a 10 year NFL career, playing six years with the Saints and four years with the Philadelphia Eagles.  He played in 145 games, starting 93, and had 67 sacks, which ranks him as number 93 all-time in the NFL.  His stats, according to Pro Football Reference, are below: 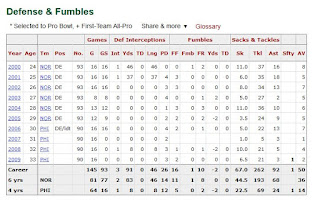 Darren is currently the owner of 551 Properties in the Tampa, Florida area. 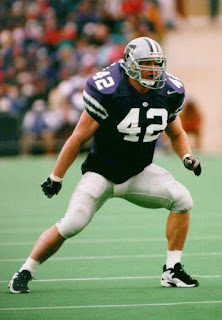 Linebacker Mark Simoneau was drafted in the 3rd round, number 67 overall, by the Atlanta Falcons.  He played nine seasons in the NFL with the Falcons, Philadelphia Eagles, New Orleans Saints and Kansas City Chiefs.  He played in 124 games, starting 67 of them.  He won a Super Bowl with the Saints in 2010 and played in another with the Eagles in 2005.  His stats according to Pro Football Reference are below: 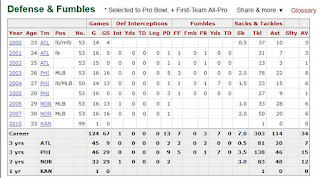 I found a great “where are they now” piece on Simoneau from The Philadelphia Eagles website.  He currently owns and operates Simoneau Sports Performance in Overland Park, Kansas. It is a facility that offers customized training programs for people of all ages. 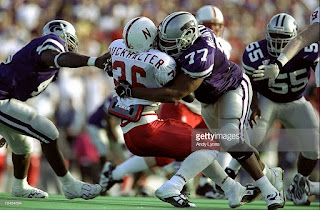 Tackle Damion McIntosh was drafted in the 3rd round, number 83 overall, by the San Diego Chargers.  McIntosh played 10 years in the NFL for the Chargers, Miami Dolphins, Kansas City Chiefs and Seattle Seahawks.  He played in 125 games, starting 113 of them.  His stats, according to Pro Football Reference, are below: 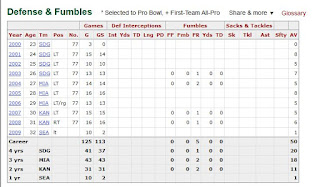 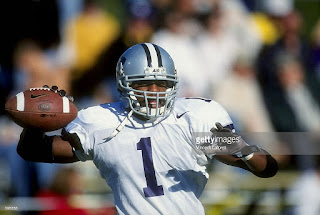 Cornerback Lamar Chapman was drafted in the 5th round, number 146 overall, by the Cleveland Browns.  He played two seasons for the Browns before being released and then played a year for the Montreal Alouettes in the CFL in 2005.  His NFL stats, according to Pro Football Reference, are below:

Lamar is currently the defensive coordinator at Schlagle High School in Kansas City. 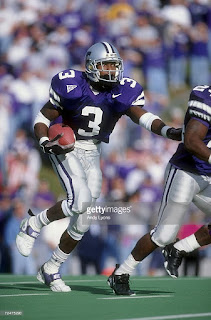 Running back Frank Murphy was drafted in the 6th round, number 170 overall, by the Chicago Bears.  He never did play for the Bears, but was picked up by the Tampa Bay Buccaneers and played there for three years, then one year with the Houston Texans, before being picked back up by the Buccaneers for his final year in the league.  He was primarily used as a kickoff and punt returner but saw time as a receiver and even on defense.  His stats, according to NFL.com, are below: 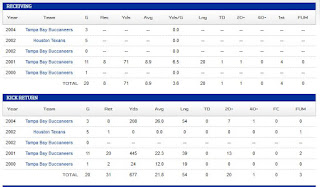 He played for quite some time in the CFL the United Football League, which I’ve never heard of, and ended up in the Arena League.  Someone on his Wiki page did a good job summarizing his career.

Frank is currently the founder and president of the Mentoring With A Purpose charity in the Tampa Bay area.