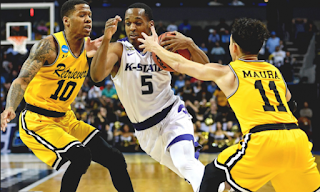 KSNT reported on the game live from Kite’s in Aggieville.

K-State was a 10 point favorite over the Retrievers and ended up winning a close defensive struggle by seven points.  They play five seed Kentucky on Thursday night for the right to move on to the Elite 8.  Kentucky has a roster full of NBA talent and with Dean Wade still out with a foot injury it’s going to take a herculean effort by K-State to beat them.  If the Cats can somehow find a way to beat Kentucky, the road gets somewhat easier after that.  The winner plays either seven seed Nevada or 11 seed Loyola Chicago for a birth in the Final Four.  The winner of the region would then play Florida State, Gonzaga, Michigan or Texas A&M in the Final Four.  All of those possible opponents would be a winnable game for the Cats.  They have to get there first, however.

Kentucky opened as a four point favorite over K-State and it has grown to six points.  A line like that says it should be a one or two possession game throughout.

Can’t wait to watch this one.  It’s gonna be a long week until Thursday night! 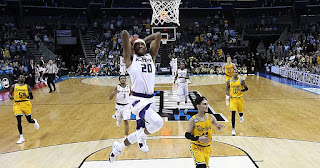