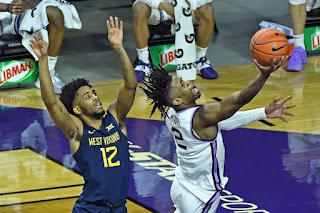 K-State lost 69-47 to the West Virginia Mountaineers on Saturday.  The Wildcats are now 5-11 overall and 1-7 in the Big 12 Conference.  This is their sixth loss in a row and during that stretch they’ve lost by an average of 16 points.  They’re not even competitive and it’s getting increasingly difficult to find any positives when watching the games.  Here’s some post-game reaction…

“Oh God. I would have hated to gone against ‘Press Virginia’ with this group. We may never have gotten the ball past half court.”…Bruce Weber, West Virginia post-game press conference, January 24, 2021

JM:  It’s kind of sad that Bruce self-assessed his team this way.  Yeah, they were missing Nijel Pack, but everyone else available was out there playing. These are his recruits and this is the team that he and his coaching staff have put together.  He’s saying they wouldn’t have gotten the ball past half court against a a team that full court presses?  Part of me appreciates his honesty, but I just shake my head at statements like this.

“The 28 turnovers were the sixth-most by a K-State team and the most since 2002. West Virginia scored 26 points off those turnovers to earn its first win in Manhattan since 2018.”…www.kstatesports.com, January 24, 2021 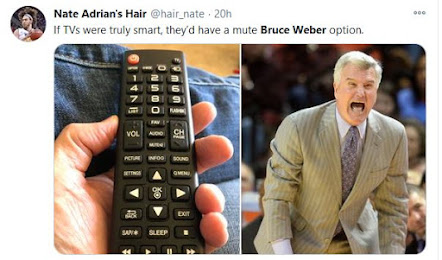 JM:  For something a little different, let’s look at some Twitter reaction to Bruce Weber.  I thought this one was pretty clever.  K-State fans often complain about Weber’s ranting from the sideline.  What if you had a “Mute Bruce” button on your remote?  “BAAAAAAAAAAAARY!!!”

JM:  Well, Angelo, in nine seasons he’s tied for the Big 12 championship twice and he’s made an Elite 8.  He doesn’t cheat, is a nice guy, and Gene Taylor and Richard Myers love him.  That’s about it. 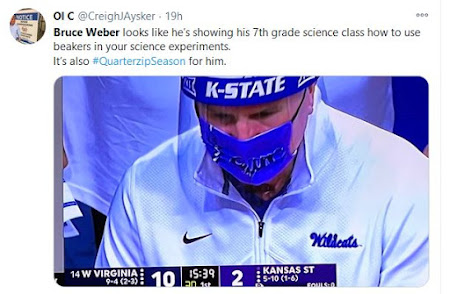 JM:  I agree the mask AND face shield look is overkill.  Did you notice K-State was already down 10-2 here at the under 16 timeout? 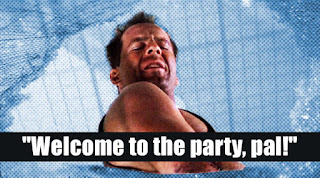 It’s not going to get better for K-State basketball anytime soon.  Up next is the Baylor Bears, the number two ranked team in the country, on Wednesday in Waco.  I’ll be watching.  I just can’t look away.

One thought on “From The Couch: K-State Basketball “Got Our Butts Kicked”…Again”