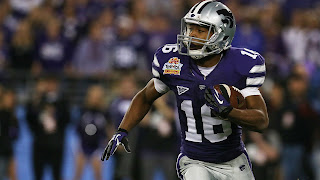 Tyler Lockett was drafted in the third round, number 69 overall, by the Seattle Seahawks.  In his three years with the Seahawks he has played in 47 games as a receiver, starting 25 of them.  His best season thus far was his rookie year when he had 51 catches for 664 yards and six touchdowns.  He has also returned kickoffs and punts for the Seahawks, making the Pro Bowl in 2015 and being selected to the NFL All-Pro team in 2015 as a returner.  His NFL stats are below:

Here is video of a few of his return touchdowns:

And video from a 197 yard performance on Monday Night Football:

It’s safe to say Tyler has had huge success at the next level. 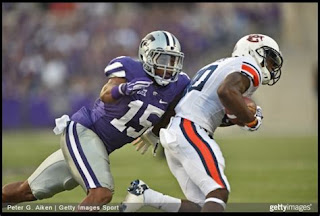 Just three more posts about the draft streak.  Until next year, of course.  Up next is 2016!