Bruce Weber and his staff have been silently putting together a very strong recruiting class for 2020.  It is currently ranked number 15 in the country according to 247sports and 18 according to Rivals with three top 150 caliber recruits committed so far and another set to announce this coming Friday.  Here’s a look at who has committed so far along with a look at Davion Bradford, who could be committing this Friday. 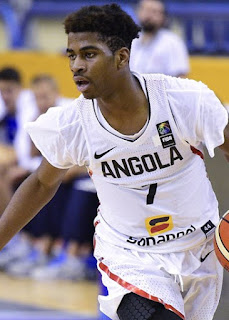 I found a video with some highlights and he looks pretty athletic with a decent outside shot.  I like what I see.

Luke Kasubke is a 6’5″ shooting guard from Chaminade in St. Louis.  According to 247Sports he is a three star recruit ranked 156th nationally, the number 37 shooting guard and the number five overall player in the state of Missouri.  Rivals has him ranked number 145 overall and number 31 nationally at his position.

I found a couple videos of Kasubke worth watching.  The first one shows highlights from a 50 point game he had his junior year:

The second is some highlights of his junior year.  Looks to be a pretty good shooter with the ability to drive to the basket as well:

Davion Bradford is announcing his commitment this Friday and K-State is thought to be one of the leaders.  If he chooses K-State, it would be a great way to round out the 2020 recruiting class.  Bradford is a three star center on both 247Sports and Rivals.  He is from Mehlville in Saint Louis, Missouri.  247Sports has him ranked as the 147th best player overall, the 18th best center and the number four player in the state of Missouri.  Rivals has him ranked as the 133rd best player overall and the number 18 ranked center.

I found a couple of highlight videos of Bradford.  Basically all you can get out of watching it is that he’s tall and can dunk:

Looks like this has the potential to be one of Bruce Weber’s better recruiting classes at K-State.  Should be fun to watch.