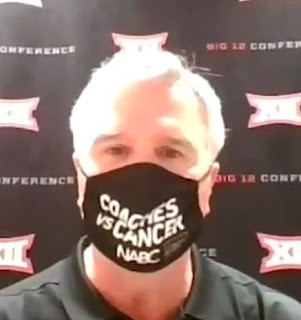 If you watched K-State lose to Baylor 107 to 59 last night, you witnessed history.  It was the worst loss in the long and proud history of K-State basketball.  The previous record for margin of defeat was in 1934 when K-State lost by 47 points to Oklahoma.  87 years ago.

I’m long past the frustration and anger phases regarding K-State basketball.  My friends and family know that my two favorite sports are college football and college basketball and that I never miss a K-State game whether it’s in person or on television no matter how bad the team may be. Instead of getting angry about this loss and letting it affect my mood, I try to find the humor in it. I watched Bruce Weber’s post-game press conference and read the transcript and decided I’m not going to break it down like I normally do.  It’s the same stuff he says after every loss.  Instead, since it was so popular last time, let’s do another version of Bruce Weber “mean tweets” from during and after the game last night…..

JM:  I’m not holding my breath that Gene Taylor is going to make a move unless we see more games like we saw last night.  Gene Taylor is a huge Bruce Weber fan, as is Richard Myers.  Weber is most likely going to get one more year and it’s still my opinion that Weber is a lifer and will leave K-State on his own terms.

JM:  As I was watching the game last night I was trying to remember Tom Asbury’s worst loss as K-State coach.  Turns out it was a 45 point loss to Kansas.  I remember that game. Weber’s 48 point loss had him beat by three points even though he was down by 52 with a couple minutes left in the game.  Scott Drew put in his walk-ons, allowing K-State to cut the lead to the final margin of 48.

JM:  Sometimes I wonder what these coaches would be doing for a living if they weren’t coaches.  I’d like to think Bruce could do better than being a lunch lady, but that’s just speculation on my part. 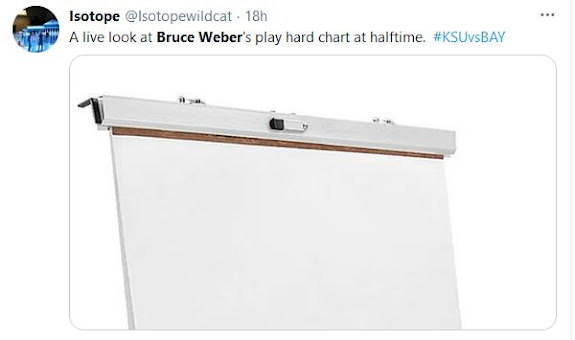 JM:  Weber said in his post-game comments that the players were playing hard, but one of the ESPN announcers disagreed, saying “I am going to run out of good things to say about Baylor. There isn’t much resistance here. Come on Kansas State, have some pride.” 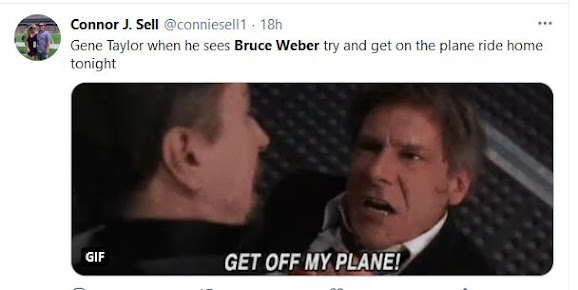 JM:  Hopefully the plane operated better than the bus that was supposed to take the team and coaching staff to the arena before the game.  The bus wouldn’t start and they had to call a shuttle van or two to transport the team to the game while the coaching staff walked.  You can’t make this stuff up. This K-State basketball season is like a bad sitcom called “Bruceketball.”

Texas A&M is up next on Saturday.  Let’s hope it’s better than what we watched last night.