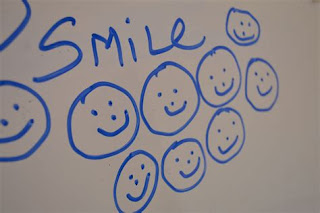 The Wildcats won their first game of 2021 yesterday, beating TCU 62-54.  The game was very much in doubt until Selton Miguel hit a three-pointer from the corner with 2:35 left to give K-State a 56-51 lead.  K-State finished the game on a 16-3 run in a game I never thought they were going to win until Miguel made that key shot down the stretch.  Let’s take a look at some news and quotes of note from the game…

“I called Shane after the Kansas game. I said, ‘What do we need to do?’ He said, ‘We need to score, Coach’.”…Bruce Weber, post-game

JM:  I chuckled when hearing this.  It’s quite simple, but it’s true.  The Wildcats struggle to score.  Have all season and, to be honest, have throughout the Bruce Weber tenure.

JM:  This was tweeted by Fitz during the KU game this past Wednesday night.  K-State shot 3 of 24 from three-point range in the game and two of those were made at the very end of the game in garbage time.  The Wildcats are a horrendous shooting team, yet it appears that everyone on the roster has the green light to shoot.  It’s maddening to watch at times.

“Senior Mike McGuirl scored 16 points on 6-of-14 field goals, including 2-of-5 from 3-point range, to go with a career-high 9 rebounds and 5 assists in 36 minutes… It marked the first time in his career that he led the team in points, rebounds and assists”…www.kstatesports.com, 2/20/21

JM:  McGuirl showed up ready to play at the very beginning of this game.  He’s the reason the Wildcats won.  If he didn’t have a great game, this would have been another loss.

“The last thing I wrote on the board (in the locker room before the game) was just enjoy the opportunity and I put smiley faces on the board.”…Bruce Weber, post-game

JM:  I guess when you’ve had a season as historically bad as this one you will try anything.  Still, writing smiley faces on the board seems like an odd motivation tool.  Weber seems to think this helped the team get the victory, otherwise, why would he mention it? I would say it’s much simpler than that.  Mike McGuirl’s play is the main reason for the win.

“In that one huddle I said, ‘Guys, we’ve been here before. This is the time we usually go the wrong way. Let’s see if we can make the plays this time’.”…Bruce Weber, post-game

JM:  Weber says some odd things in these press conferences.  I’ve said before that I appreciate the honesty, but this quote just makes him look bad.  Maybe he needs to look in the mirror and try to figure out why they “usually go the wrong way?”  I think he gets his motivational techniques from the head basketball coach in the movie “Teen Wolf.”  Next thing you know we’re gonna see him eating hard-boiled eggs on the sideline.

“They did the water thing we used to do. It’s a lot of fun and exciting to finally get a win. It’s been a while. It’s been a long and tough journey. Our coaches never stopped believing in us. My teammates never stopped fighting. It felt really good to get this one.”…Mike McGuirl, post-game

JM:  I’m assuming the “water thing” is pouring water from water bottles on their heads in celebration.  It’s great they finally got a win and are excited about it, but TCU is a bad team and borderline terrible.  At least they were yesterday.  I commented to a friend that the TCU players looked stoned and their body language made it appear that they didn’t even want to be there.  I’m glad Jamie Dixon is not our coach, because I’d be just as frustrated watching TCU game in and game out as I am watching Bruceketball.

JM:  It’s February 20th and it’s their first win of the calendar year.  Don’t celebrate too hard, because up next is a game against Oklahoma on Tuesday, followed by West Virginia next Saturday.  Neither game will be easy.  I hope Weber and the coaching staff come up with a game plan better than “smiley faces.”