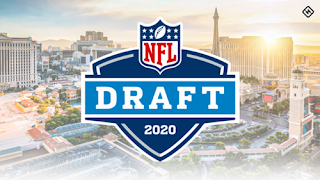 Some NFL draft talk and a there’s a new tight end on the roster. Let’s see what the buzz is…

“’It wouldn’t be a complete surprise if they don’t have anybody drafted this year,’ ESPN NFL Draft guru Mel Kiper said in a conference call Wednesday. ‘Maybe one sneaks into the later rounds, but that would be it.’”…Wichita Eagle, April 15

JM:  K-State has had a player drafted in the NFL draft for 26 straight years.  It looks like the streak may be in jeopardy in 2020.

“When he was first asked if any former K-State players were on his radar of draft prospects, he provided a one-word answer: ‘No. Most of them are borderline draftable or undrafted free agents,’ Kiper said.”…Wichita Eagle, April 15

“Kiper mentioned three former K-State football players as potential late-round selections: running back James Gilbert, left tackle Scott Frantz and right tackle Nick Kaltmayer. ‘When you look at the offensive linemen, they are all borderline guys who could go in that mix,’ Kiper said. ‘The running back transfer (from Ball State), Gilbert, at times he looked like a draftable guy. But I have an undrafted grade on him.'”…Wichita Eagle, April 15

JM:   I’ve seen a couple mock drafts that have Frantz going in the 7th round but haven’t seen either Gilbert or Kaltmayer on any mock draft lists.

“Briley Moore, a senior tight end from Northern Iowa who will be eligible to play immediately next season as a graduate transfer, committed to the Wildcats with a social media announcement on Friday afternoon”….Wichita Eagle, April 17

“Moore was a 2019 FCS All-American candidate before being injured against Iowa State in the season opener and missing the rest of the season. Moore will have a year of eligibility left with the Wildcats.”..KWWL.com, April 17