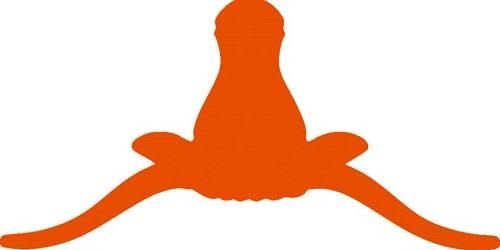 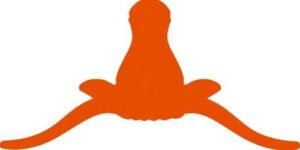 It’s the beginning of the Steve Sarkisian era for the SEC-bound Texas Longhorns.  Vegas set the over/under on wins for the Longhorns at eight.  Texas is overrated every year and is usually ranked in a preseason poll when they have no business being ranked.  They almost always fail to do as well as expected.  That being said, let’s take a look and see if eight wins are doable for them.  Here’s the schedule….

Let’s be honest.  Are we even sure that Steve Sarkisian shows up for the game?  Remember when he was the head coach at USC and he failed to show up at practice and was suspended and eventually fired?  Remember that according to his assistant coaches at USC, he was drunk during a game against Arizona State?  Look, I hope the guy has turned his life around, but until he shows up on the sideline I can’t predict a win here.

I foresee around a 24 point victory for the Razorbacks.  Don’t think it can happen?  The last time these two teams met, Arkansas put the hammer down on Texas 31-7 in the 2014 Texas Bowl.  Arkansas also beat Texas 31-7 in 1917, so I’m predicting the trifecta here and another 31-7 win for Arkansas.  Welcome to the SEC, Texas.

Remember the time Rice hammered Texas 34-7?  Me either, but it happened.  Texas fans have probably erased it from their memories.  I’m going with Rice.  Texas has probably lost to a lot of Conference USA teams over the years, but I’m too lazy to look it up.

I’m going 33-9 Texas Tech, which is exactly how bad Texas Tech beat number 19 Texas in 1994.  The ghost of Spike Dykes will help the Red Raiders prevail in this one.

Who cares?  I’m sure when the team captains on both sides meet at midfield for the pre-game coin flip that they will all pat each other on the back because they were able to fool the Big 12 and get out.  Then they will probably talk about all of the blowout losses they’ve suffered in the Big 12.  Oklahoma team captain:  “We’re glad we are getting away from teams like K-State.  They kicked our asses one year in the Big 12 championship game 35-7!”  Texas team captain:  “That’s NOTHING!  They beat us 48-7 one year!”

I predict a 38-13 demolition of the Longhorns by the Cowboys.  Don’t think this can happen?  It did when Oklahoma State traveled to Austin in 2013 when they beat number 23 Texas.

Baylor has blown out Texas a lot, but my favorite is when they beat the Longhorns 50-7 in 1989.  I expect a similar margin of victory this season.

Iowa State has beaten Texas two years in a row, but my favorite Iowa State/Texas game was in 2015 when Iowa State shut out the Longhorns 24-0.  It must have been especially humiliating for the Longhorns since Iowa State was not a good team that year, finishing 3-9 on the season and 2-7 in the Big 12.

Brock Purdy probably throws for 300 yards and Breece Hall runs for 250 yards and a few touchdowns.  The more, the merrier!

I predict Kansas wins on a field goal in overtime, kind of like what happened when the two teams played in 2016.  You might wonder if this was the Mark Mangino-led Jayhawks that went 12-1 and played in the Orange Bowl?  Oh no, not even close.  This version of the Jayhawks, after going winless in 2015, was able to beat the Longhorns for their only conference win of 2016.  Kansas also went winless in 2017.  Thanks for giving those kids at Kansas their only conference win over three years, Texas.  I’m sure they appreciated the opportunity to get to beat you.

K-State will hold Texas to 43 yards rushing on 23 carries, just like they did to eventual Heisman winner and residential pothead Ricky Williams in 1998.  I’m sure the Horns are proud that one of their most decorated running backs of all time is not most known for football but for being a huge proponent of weed.  That sounds about right.

The bet:  At this point, you might be saying to yourself, “boy, this guy is awfully bitter.”  Nah, not really.  I’m just having a little fun.  In reality, I see about six wins: Louisiana, Rice, Texas Tech, Baylor, Kansas, and Kansas State.  Bet the under.