Tough loss Saturday at Texas.  K-State really needed to win that game and needed Baylor to lose to TCU.  Oklahoma losing to Iowa State would have been nice as well.  K-State is basically tied with Iowa State in the standings and the last game of the season will likely be the tiebreaker between the two teams.  There’s still a shot for K-State to make the championship game, but some things need to fall in line now as K-State no longer controls its own destiny.  Every team in the Big 12 has three games left.

The two main things that need to happen now is Baylor needs to win out and Oklahoma needs to lose twice.  This would make both Oklahoma and K-State 5-3 assuming K-State wins out as well.  Oklahoma would need to lose to Baylor and at Oklahoma State.  It’s not out of the realm of possibility, but it’s not real likely, either.  Also, a couple other things have to happen.

Iowa State would have to beat Texas, beat Kansas and then lose to K-State.

Texas would have to lose to Iowa State, at Baylor and then beat Texas Tech.

All of this would put Baylor at 9-0 and K-State and Oklahoma at 5-3 and tied for second place with K-State getting the tiebreaker and playing Baylor in the Big 12 Championship game. It’s not over yet! 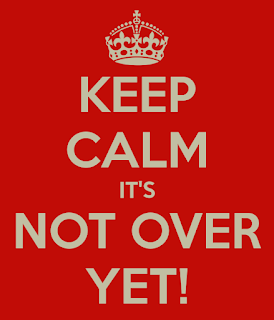