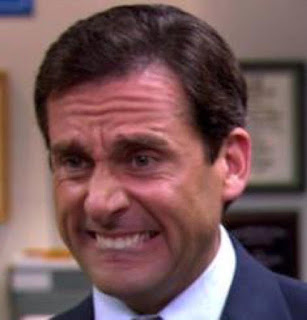 K-State lost their fourth straight game last night to the Baylor Bears 32-31 on a last-second field goal.  The Cats were up 11 points in the first half and had a nine point lead with nine minutes left in the game.  There is plenty to dissect in this one.  I watched the replay this morning and, unfortunately, the outcome was the same as last night, resulting in a very bad upset stomach. Let’s take a look at what happened…

JM:  Benetti made this observation when K-State was leading 17-6 with 3:51 left in the first half.  He was right.  K-State should have been up by a lot more than 11 points.

JM:  When Benetti made this comment, it was after K-State had the ball 1st and ten at their own 45 yard line with two minutes left in the first half leading Baylor 17-6.  They ran the ball three straight times up the middle, failed to get a first down and had to punt.

JM:  It’s not often that the play-by-play television announcer makes judgements like this.  It’s usually saved for the color commentator, but Benetti was very confused at what K-State was doing at the end of the half.

“I thought for sure that once Deuce Vaughn got the first down that  they would go a little faster.”…Andre Ware, ESPN

JM:  So did everyone else, Andre.  Instead, offensive coordinator Courtney Messingham called three horrible plays and K-State had to punt. The play-calling didn’t get any better starting the second half….

JM: After Baylor took the second half kickoff down the field to kick a field goal and cut K-State’s lead to 17-9, K-State got the ball back and ran it three times in a row, failed to get a first down, and punted right back to them.  Baylor marched down the field for a touchdown to make the score 17-15. A missed two point conversion allowed K-State to keep the slim lead.

“I think for Kansas State to pull this out they’re going to have to have it from the passing game with Will Howard.”…Andre Ware, ESPN

JM: Ware said this as Will Howard handed the ball off to Deuce Vaughn for a three yard gain.

“It’s Deuce Vaughn to start with Petrie ALL OVER HIM!”…Jason Benetti, ESPN

JM:  K-State and Baylor exchanged touchdowns and K-State held a 31-29 lead with 4:08 left in the game.  They had a first and 10 on their own 14 yard line.  The call above by Benetti was made on a two yard run up the middle by Deuce Vaughn.  On 2nd and 8, Courtney Messingham called another Deuce Vaughn run up the middle for two yards.  On 3rd and 6, Howard threw a one yard pass to Vaughn out of the backfield that fell incomplete.  Even if Vaughn had caught it, he would have been tackled five yards short of the first down.  K-State punted to Baylor and Baylor drove down the field for a game winning field goal.  Messingham HAS to be on the hot seat after this game.  The offense was not efficient at crucial times in this game.

JM:  Will K-State learn from games like this?  I hope so.  I’m not sure how many more games like this one the fan base will be able to stomach.  At least I had my Tums to help get me through it.