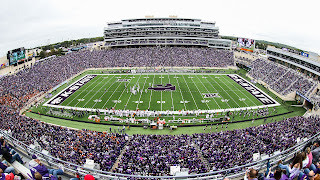 For those that know me, you know that I’m a numbers guy.  You can learn a lot in life by studying the numbers.  This holds true for sports statistics as well.  I don’t only like to go by the “eye test.”  If someone says “our offense is a lot better this year than last year,” I like to have an idea of the numbers to either verify or counter that thought.  In general, the “eye test” doesn’t always work.

I thought it would be interesting to compare 2018 K-State football versus 2019 K-State football by the numbers since there was a brand new coaching staff in place for the 2019 season.  There was a lot of Bill Snyder negativity after the 2018 season, much of it justified, but was the 2019 team really THAT much better than the 2018 version?  A look at the numbers tells us that 2019 was slightly better statistically than 2018.

Defense was the biggest difference between the 2019 team and the 2018 team, more specifically the pass defense.  Overall the 2019 defense moved up from 71st overall to 44th, but the pass defense moved up from 91st overall to 33rd overall, giving up about 43 yards less per game on average.  The rushing defense was actually worse in 2019, giving up about seven more yards per game on average.  Not a huge difference, but a difference nonetheless.  Below is a comparison of the defensive stats:

Offensively, there was a slight improvement overall, mostly to do with scoring.  K-State scored around seven points more per game in 2019 than they did in 2018.  Below are the offensive numbers:

Special teams rankings take into account kicking, punting, and kickoff and punt returns.  This was a wash, as K-State ranked 46th overall in both 2018 and 2019.

You can go to the sports reference site online to view the specific numbers.

K-State scored seven points more per game in 2019 and gave up four points less per game.  This resulted in three more wins in 2019.  The only statistical category that was worse in 2019 was the rush defense, but it really wasn’t substantial.  Just something to watch in future years.  Hope that one is not trending the wrong direction, as everything else seems to be trending in the right direction.