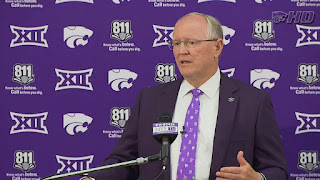 Gene Taylor appeared on KMAN 1350 AM “The Drive” with John Kurtz and Wyatt Thompson yesterday and was asked by Kurtz about Bruce Weber’s job status.  There were a few quotes of note…

“It is what it is I guess.  I don’t enjoy talking about it in the middle of the season when someone has a contract.”…Gene Taylor, KMAN, February 8th

JM:  Kurtz asked Taylor what it was like having to answer questions about Bruce Weber’s job status.  Taylor is obviously uncomfortable addressing it during the season, even dropping one of my least favorite phrases “it is what it is.”

“You know, obviously we have fans that are upset and frustrated and I get that.  On the other hand I get people that have reached out to support Bruce. Bruce has done a lot for us and our program.”…Gene Taylor, KMAN, February 8th

JM:  Taylor keeps mentioning that there are a large percentage of people that want Bruce Weber to remain as the coach. Who are these people that still support Bruce Weber?  Do they even watch the team?  Are they aware how historically bad this team is?  I sometimes wonder.  Look, I understand he has tied for a Big 12 Championship twice and has made an Elite 8.  Unfortunately, there have been far more valleys than those peaks.  I don’t understand why anyone would support a program that is mediocre or just plain awful three out of every four years.  K-State basketball is 4-25 in their last 29 Big 12 games and they have lost 10 in a row in which no game was closer than seven points.  Something is seriously wrong and it’s time to stop blaming Covid.

“Yeah, it is.  It’s certainly my plan and our plan (to keep Bruce Weber as head coach)….If I’m sounding frustrated, ok…..I’m tired of talking about it to be honest with you.”...Gene Taylor, KMAN, February 8th

JM:  Taylor sounds annoyed that he has to answer questions like this.  He’s the athletic director.  That’s part of the job, is it not?  I question whether he has the true pulse of the fan base.

JM:  Taylor was responding to a question Kurtz asked about a potential buyout of Bruce Weber’s contract and if that plays into his decision.  Taylor said that sometimes a buyout does need to be taken into consideration, but that it would not in this case and it’s a moot point since he’s not thinking about making a change anyway.

Kurtz did a great job in this interview asking Gene Taylor some really pointed questions.  Gene was really straight forward and honest, which I appreciate from him.   It’s safe to say Bruce Weber will be K-State’s basketball coach at least one more year and I would guess well into the future.  The team will undoubtedly get a little bit better next season (it can’t get any worse) and he’ll be able to play the “we’re getting a lot better” card next season.  But it’s not too hard to get better when you start at rock bottom.  Something else to point out is that there’s not much help on the way.  K-State’s 2021 recruiting class currently ranks 105th in the country, which is last place in the Big 12.  There’s not much to get excited about.  Football can’t get here soon enough.